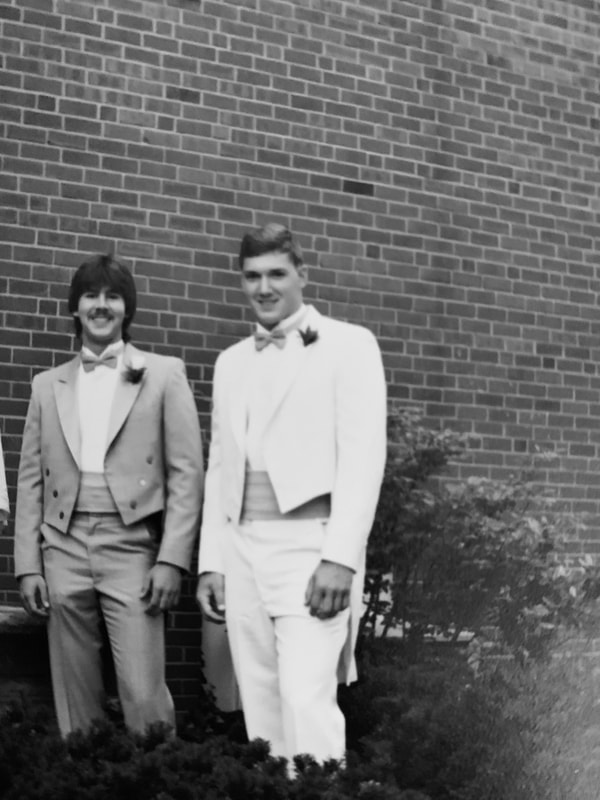 It's not everyday that a friendship lasts nearly half a century, but when it does, something really special usually isn't far behind. That couldn't be more true for Hansen Restoration owner Jim Hansen and lifelong best friend Kent. Circa June 1985 and you'd see Jim and Kent getting ready for one of the most important days of his life, his wedding day (photo above). By the time Kent stood next to Jim as his best man, the pair had already been friends for over a decade. Fast forward 34 years to 2019 and the two are just as close as ever.

Jim has always had a passion and talent for home construction. He's worked tirelessly over the last two decades turning Hansen Restoration and Hansen Roofing into a household name here in Northeast Ohio. After nurturing, growing, and perfecting his company for so many years what came next was only natural. National expansion. When Jim first started to consider branching out into another location, initially he considered nearby states bordering Ohio in the interest of logistics. During his planning the most important moving part of everything was ensuring that whoever would run the new Hansen location in his absence would do so the same way he had for nearly 20 years. With integrity, precision, and the utmost regard for client satisfaction. Treating clients and their homes as family has been the backbone of Hansen since the very beginning.

Then it hit him. Instead of looking for a location convenient to Ohio, he would instead decide on the perfect partner to run a new location and represent the Hansen name. What if he went across the country straight to the man that he knows he can trust with his company
Powered by